Acupressure For Lower Back Pain? Find Out About Its Effectiveness

Both weightlifting and bodyweight fitness are sports in which athletes train to get stronger and more performant by repeatedly doing strength exercises. As great as this can be for the body, there is also another side of the coin. Pain can appear due to the continuous stress put on the soft tissue, big muscles, tendons, joints and even on spinal and cervical nerves. Over time, it can lead to a series of problems, the most common being the lower back pain, which I started to experience firsthand. This local issue can easily be spread out along the spine and even down to the sciatic nerve. It shouldn’t be neglected because it is unlikely to disappear just from natural healing.

I was diagnosed by the doctor with lumbar discopathy. It felt like a local pain that occasionally made me totally unfunctional and as a consequence I needed to avoid certain exercises like Pistol Squats, Hanging Leg Raises, Plyometrics and heavy lifting. This came hard on me because the pain didn’t allow me to train as pleased. The pain came and left, mostly depending on the outside temperatures. During winters, I could feel the pain a lot more intense than during warm seasons.

My response to this issue was to constantly do sauna. Another method I used to speed up the healing process was to stretch and get my spinal muscles stronger by doing Bridges. They worked for me pretty well, but at some point, the pain came back. Hence, I needed to try other ways too. And acupressure was the only one to fix my lower back for good.

According to Wikipedia, it is an alternative medicine technique similar in principle to acupuncture. It is based on the concept of life energy which flows through “meridians” in the body. In treatment, physical pressure is applied to acupuncture points with the aim of clearing blockages in these meridians. Pressure may be applied by hand. Some medical studies have suggested that acupressure may be effective at helping manage nausea and vomiting, for helping the lower back pain, tension headaches, stomach ache, among other things.

Acupoints used in treatment may or may not be in the same area of the body as the targeted symptom. The traditional Chinese medicine theory for the selection of such points and their effectiveness is that they work by stimulating the meridian system to bring about relief by rebalancing yin, yang, and qi (also spelled “chi”).

Practically speaking, you might have problems at your lower back, but the real blockage or issue might be somewhere else like it happened to me. And those acupoints when pressed, hurt like hell. However, the pain wouldn’t be so intolerable if there wouldn’t be problems at all. Those blockages and problems, until released, they cause serious pain when pressed with hands. When these acupressure points are stimulated, they release muscular tension, promote circulation of blood, and enhance the body’s life force energy to aid healing. Acupressure therapy can be used to relieve pain, fortify the sexual reproductive system, detoxify the body for greater health and beauty, and tone facial and back muscles.

I know it sounds crazy. But I don’t sell you fairy tails here. I couldn’t believe that a 10$ session fixed my lower back pain for good. And imagine that I stood with the problem for a very long time until a close friend introduced me to someone who does such therapy.

Martial artists for instance regularly massage their own acupressure points in routines to remove supposed blockages from their own meridians, claiming to thereby enhance their circulation and flexibility and keeping the points “soft” or less vulnerable to an attack. Any athlete involved in strength training could benefit from several sessions.

How I Got Over My Lower Back Pain with Acupressure

It sounds awesome in theory, but let me explain things more practically. What I felt during the acupressure session, besides enormous pain, was my blood starting to circulate normally again. Those blocked zones now begin to feel more relaxed and the tension is released. Because the blood flows naturally, it enhances healing.

A friend of mine presented symptoms like extreme headaches. They were caused by some blockages and because blood didn’t circulate normally. He also has his spine a bit abnormally curved, but that should not have been such a big trigger for his pain. The two of us had our first acupressure session, one after another, and we both experienced relief of pain and stress soon after.

The guy that did the acupressure found an injury in my right shoulder, some blockages in the cervical area and also stiffness in my spinal muscles. These were most likely connected to the lower back pain and the muscle stress caused by training and bad recovery. Every time I pushed myself over the limits, I could feel some pain in the areas the acupressure therapist discovered to be afflicted.

Master the basics from 0

Train Smart and You Still Can Injure

You could train correctly and still get injured like I did when overdoing something. I am not a believer in overtraining and I think it’s a stupid concept since you can’t progress without pushing the boundaries. Any professional athlete will confirm that. However, anytime we push our limits to progress there are risks like getting injured. I wish it would be some other way, but I am not gonna lie to you. You simply can’t know about what you can do or how strong you can become if you do not overtrain. Sometimes, it takes just a single repetition among thousands to get some real problems, as it happened to me.

In my opinion, the acupressure treatment works and you don’t need to wait for severe pain before you try it. You can do it just to fasten the recovery. Remember that the pain associated with it is extremely intense. You don’t have to take my word for it, just watch the video below where I scream like a baby during my first acupressure session.

The screaming is normal, so have no fear. I still continue this treatment although it hurts like hell. Actually, it’s not the pain of the areas being pushed that hurts. What hurts really bad is the release of pain from a blockage. I didn’t remember to start recording right from the beginning of the session. He started to release the stress from the lower back and then upon the spine towards my head. He releases the stress and made my blood circulate again from my trapezes and then down on the right side, from shoulder to my right leg. If you try it, then email me and let me know about it.

You should know that I am not responsible for your actions. So, if you decide to do it, then it is at your own risk. Each body is different so I don’t know if this procedure is the answer to your problem, but maybe it will help you.

My whole problem with what I do is the method of training. Although I use only simple bodyweight exercises, they can cause problems when I train with them over and over again, for hundreds of repetitions per workout. This high-volume training method is efficient and demanding, but it also takes its toll on the muscles, deep tissues and spinal nerves. I am now relieved knowing that acupressure can help towards my complete recovery. 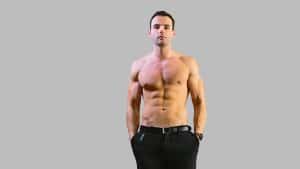 How To Overcome Plateaus in Calisthenics Training

The plateaus reached in your calisthenics training usually arise if you stood too attached to one or two training styles only for an extended period. 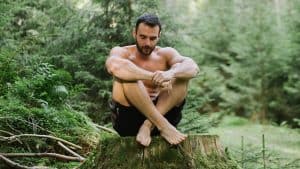 Throughout my first years of training I only cared about how to work out as much as possible. I was very focused on developing my 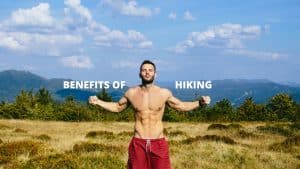 Fit with Hiking. These Are The Benefits and How To Do It

Hiking is one of the best exercises to keep fit, healthy and to enhance overall athleticism. It is physically demanding on a higher elevation and 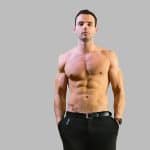 How To Overcome Plateaus in Calisthenics Training