Bodyweight training is a form of strength training used to develop muscular strength and endurance, where the only resistance applied is the own body mass. Calisthenics essentially derives from gymnastics.

Most bodyweight exercises do not require equipment. Pull-ups, on the other hand, necessitate an overhead bar or gymnastic rings. The rings can also be used for dips and other exercises. Therefore, bodyweight training is a very cheap form of fitness practice.

Worldwide, bodyweight training goes under the name of calisthenics. According to Wikipedia:

“The word calisthenics comes from the ancient Greek words kallos (κάλλος), which means “beauty” or “beautiful” (to emphasize the aesthetic pleasure that derives from the perfection of the human body), and sthenos (σθένος), meaning “strength” (great mental strength, courage, strength, and determination). It is the art of using one’s body weight as resistance to develop the Greek God physique.“

Its popularity has grown greatly thanks to the internet and those who practice and post their results. Nowadays, many pro athletes and even the army utilize calisthenics training to improve their sports, fitness or requirements.

Types of Calisthenics Cultures or Communities

There is a style of outdoor calisthenics named urban calisthenics, and it’s a form of Street Workout, actually. This doesn’t mean they use their own mass exclusively as resistance, as many also train with elastic bands and weight vests.

Calisthenics groups perform exercise routines in urban areas or public parks. Individuals and groups train to perform advanced calisthenics skills such as muscle-ups, one-arm pull-ups, front and back lever, the human flag, and various freestyle moves such as bar spins and flips.

Military units or sports teams often do synchronized physical bodyweight training, more of a “call and response” routine to increase group cohesion and discipline. In enhancement to this, bodyweight exercises are often used as baseline physical evaluations for military organizations around the globe. Two examples are the U.S. Army Physical Fitness Test with pushups, sit-ups and running; the U.S.M.C. Physical Fitness Test with crunches and pull-ups too; many other tests involve burpees.

Furthermore, calisthenics is also a component of physical education in primary and secondary schools almost all around the globe.

Plus, it was so convenient during the pandemic. Many people had to shift from their usual routine to home training. Without much equipment and probably money to buy some, creative bodyweight training fitted perfectly.

Street Workout is a sport in itself

Although Street Workout derives from calisthenics, it fits in a league of its own. According to Wikipedia:

“The World Street Workout & Calisthenics Federation (W.S.W.C.F.), based in Riga, Latvia, orchestrates the annual National Championships and hosts the World Championships for all the national champions to compete in one competition. The World Calisthenics Organization (W.C.O.), based in Los Angeles, CA., promotes a series of competitions known globally as the Battle of the Bars. The W.C.O. created the first-ever set of rules for formal competitions, including weight classes, timed round system, original judging criteria, and a 10-point must system – giving the increasing number of athletes worldwide an opportunity to compete in these global competitions.”

It underlines the basic and most fundamental part of bodyweight fitness. It doesn’t comprehend any bar spins and most of the feats belonging to Street Workout or modern calisthenics except for:

To a certain extent, old calisthenics has similarities with gymnastics, mostly because of the gymnastic rings and ropes involved in the routine. Many prefer doing calisthenics on both fixed bars and gymnastic rings. One is no better than the other, and you must try to tell the difference.

The Most Common Bodyweight Exercises Bodyweight training revolves around simple and compound exercises, and the most common ones are:

Calisthenics relies on simple motor abilities such as bending, twisting, and balancing, especially for practitioners who commit to dedicated training like free handstands and many others. The most popular exercises, though, are the pull-ups, push-ups, and sit-ups.

Is Running Considered a Calisthenics Exercise? First, running or sprinting is bodyweight exercise unless you intentionally attach weights. In Ancient Greece, running was composed under the roof of gymnastics, except they ran totally naked. A strong reason why Romans made fun of them. Therefore, if it’s body weight, then why does it matter in which category you place a certain exercise?

Calisthenics is a form of training consisting of various bodyweight movements that exercise large muscle groups, and running just as much as pushing or pulling is a gross motor movement.

What Is a Gross Motor Skill?

Gross motor skill is an ability usually acquired during childhood, and bodyweight training supports its development. It continues in refinement throughout most of the years of development into adulthood. These gross movements come from large muscle groups and whole-body movements.

The gross motor skills are divided into:

We also have fine motor skills that are involved in smaller movements that occur in the wrists, fingers, hands, feet and toes. Picking up objects and writing carefully are two examples.

The more advanced and higher your fitness is, the more you’ll focus on fine movements. That’s why you should concentrate on essentials mostly, on basic bodyweight training, which helps enhance gross motor movements.

Therefore, if you father kids, then introduce them to bodyweight training without much hesitation. However, kids should do a variety of sports and bodyweight exercises. They can reach peak physical performance as they gradually enhance their gross motor skills during adolescence. In case you are convinced to try calisthenics, I recommend you my free 2-week plan: 2-Week Calisthenics Plan. 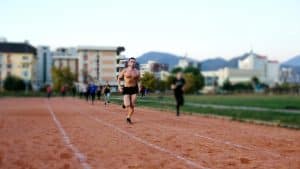 As a long-distance runner and swimmer, I certainly know enough about endurance sports. Swimming is one of the toughest out there simply because water opposes 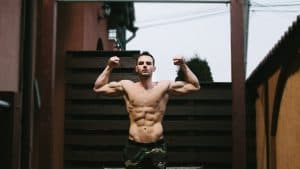 The Diet and Meals That Help Me Stay Lean and Train

I’ve been through several body transformations so far, and I got most of my results only when I followed a proper diet that sustained the 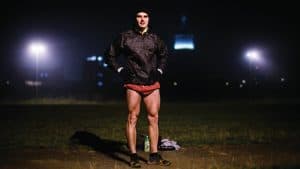 One Common Mistake in Bodyweight Leg Training that Affects Growth!

There is a huge common mistake many people do in their bodyweight leg training and I want, besides discussing it, to also offer a solution. 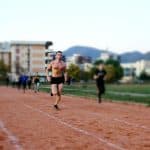