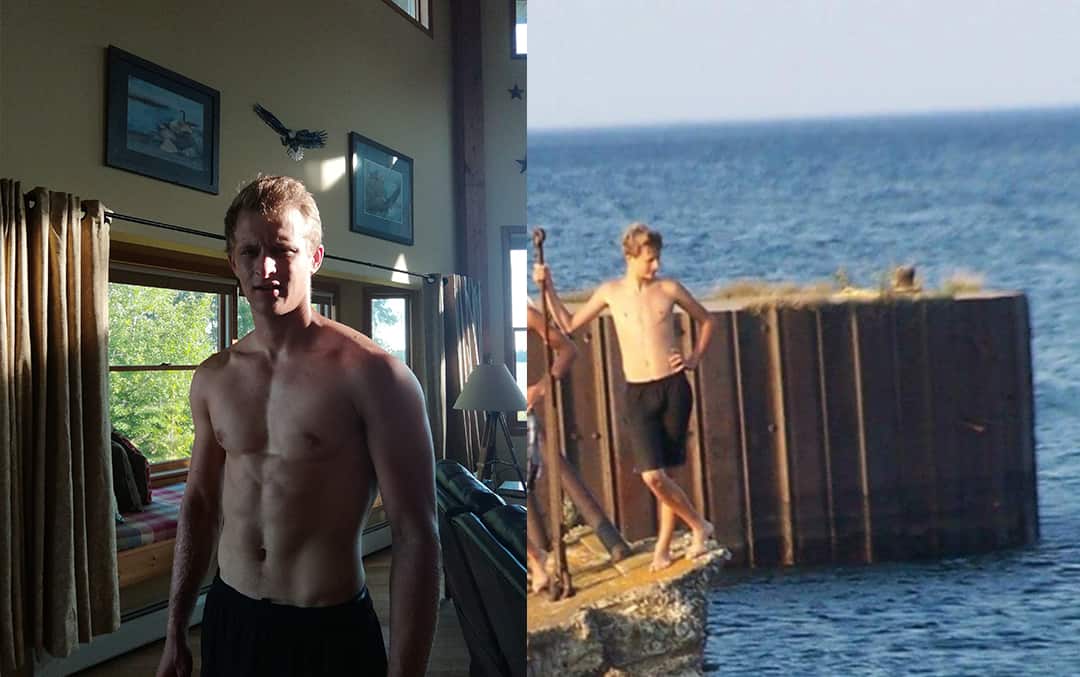 Hello everyone, my name is Toby Jones. I am 20 years old and currently a sophomore in college. I have been training for 4 years total and training specifically in calisthenics for the last 2 years.

Growing up I was always rather scrawny. This eventually grew to have quite the effect on me. All the men in my family are big. My father is 6’4, my grandfather is 6’6, and my uncle is 6’5. Now while none of them are particularly muscular, they are all large framed and carry a presence in a room. I topped out at 6 feet flat, and at a not especially lean 160-ish pounds, In a room with all the men, I looked like a child. A scrawny gangly child. This wasn’t helped by the fact that my best friend is naturally pretty ripped. The guy won the genetic lottery when it comes to body-fat percentage. While not overly large, every once of muscle he has shown itself prominently. As you can see in this hated (by me) picture.As you can probably guess, I?m the one on the right. This was taken right before my sophomore year of high school, and my god was I embarrassed by that image. It threw in my face everything that I wasn’t, but wished I was. I was puny in comparison to all the men around me, and undefined and flabby compared to my friends. At that time, and still now, my favorite characters in media were Hugh Jackman’s Wolverine and Chris Evans’s Captain America. In my head, I hoped that I could carry that kind of presence someday. That I could look like and feel like a superhero; strong and capable. When faced with this picture though, I realized how hilariously far away I was from that dream. While disheartening, I did not let it stop me from starting down a new path.

It just so happened, that year was the first year the high school basketball team I was apart of was implementing a weight training program. I decided this would be my catalyst for change. In a way it was, just not in the way I expected.

I gave my best to the weightlifting program, but despite my efforts, I saw very little in the way of results. I got somewhat stronger but looked mostly the same. Even after I stopped playing basketball after my junior year, I doggedly kept training, hoping I would figure out what it would take for me to break through. At the end of that school year, I realized that I would lose access to a gym. Fearing the loss of what little progress I had made, I began researching methods about training at home or with little equipment. This naturally led me to calisthenics. The idea of it intrigued me, and from my research it looked like the most promising avenue to follow.

So, with that determination, I began my calisthenics training career. For a while I was simply performing the super basic circuit routines you can find online for free. Even despite that though, I almost immediately began seeing improvement. In strength, endurance, physique, and even coordination. This sudden jump in my physicality and athletism gave me a sense of excitement about training again that had been lost for some time. I continued to research, learn, and improve over the next year and a half. My training was very erratic, in that, I switched routines and training methods often. This was largely due to the fact I couldn’t make up my mind what was best and was lost in a sea of information. This kind of unfocused training isn?t ideal for progress, however, what I did do correctly was to stay steadfastly consistent. I always kept to working out 5 days a week, which allowed me to build a certain base fitness level with my pushups and pull-ups.Eventually, I got frustrated with the constant state of fluctuation in my training and had to really sit down and focus my goals. It was around this time that I discovered Adorian and what he had set up at Old School Calisthenic. I was massively impressed and floored by the transformation Adorian had undergone himself. He was exactly where I wanted to be. I was also really interested in the type of training he promoted. The simplicity and straightforwardness of it all really appealed to me. Most of wider calisthenics community had impressed on me that training and progression were far more complicated than simply pushups and pull-ups. Bringing it back to brass tax really helped to clear my mind. So, I purchased Adorian’s training program High Volume Calisthenics and really dedicated myself to it. I only had around 2 months before the spring semester let out for summer and I would have to start work again, limiting the time I could commit to training, but I decided to see how far I could get in that short timeframe anyways. Needless to say, I have been amazed at the progress I have made.Since starting training the Old School Calisthenics way I have seen significant improvements in my muscle size, strength, and endurance. For the first time in my life, I am starting to feel like the person I always wished I was. I can wholeheartedly endorse and support all the work Adorian is creating. His openness and responsiveness have been extremely helpful in my own journey when I had questions and what he teaches really works. I by no means consider my journey over, after all, I would only call myself an intermediate-beginner, but I am super excited about what I will be able to achieve in the future. 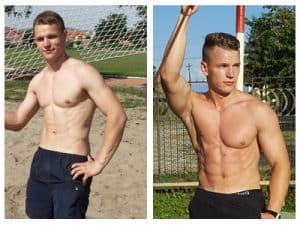 Hi! My name is Horia. I’ m 21 years old and I’m a student. I’ve started to practice calisthenic 2 years ago. I wanted to 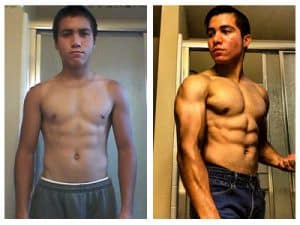 I discovered calisthenics at the age of 12. It was one of the greatest things to happen to me, I definitely noticed myself getting stronger. 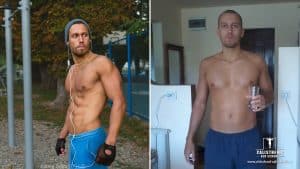 Hello old-school-calisthenics family and followers! Today I am going to share an awesome piece of calisthenics transformation story sent to me by Horea Gentea. I 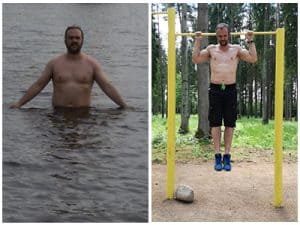 Two years ago, in 2015, at the age of 36 and after 20 years passing over 2 marriages, having 3 kids, drinking alcohol and smoking 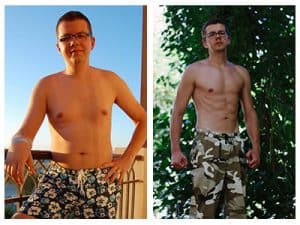 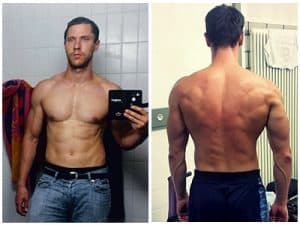 I started training a long time ago. Like almost everybody, I started with weights and made some pretty good progress in the beginning. But the