I had recently watched a fantastic TV Series about the Golden Age of Piracy, named Black Sails. The screen illustrates the legendary pirates of New Providence Island following their lifestyle and actions that made them so notorious.

It was a great experience and being an athlete myself, I couldn’t but admire how good the actors looked for their roles of pirates. They were ripped and jacked, inspiring awe and fear in the audience with their well-built physiques.

The producers did one hell of a job in choosing the actors. Real pirates should look powerful and shredded due to their harsh lifestyle. From all, my favorite actor was Zach McGowan. In the show, portrayed Captain Charles Vane.

I have been specifically involved in bodyweight training for many years now, so I can easily tell only by judging upon aesthetics what type of training someone does. And my assumptions at the beginning were that Zach McGowan physique was more likely a consequence of bodyweight training rather than other methods. I researched and discovered that I was right! So, after seeing his physical preparation with which I find myself in a deep understanding and concur with its reasoning, I thought I should write about the Zach McGowan workout.

#throwbackthursday to 5 minutes ago when I got home from my daily routine: running 10 miles and doing 200 pull-ups push ups and dips. I am ready for what ever life and Hollywood throw at me next. Working out is not about outward appearance though it does help with that obviously… it is about health and for me it is really about capabilities… being capable… I had my first EKG yesterday. My resting heartbeat was 48 bpm. That is what it is about. ✌️❤️ to the ??? #nodaysoff #staystrong #keephammering #nobodycares

The role of a sailor from the early 1700s was definitely one of the most physically demanding for Zach McGowan even though he had always been involved in sports and fitness for his entire life.

The actor already looked fit and chiseled and therefore we could consider that he was aesthetically ready to star in his pirate role beforehand. But he wanted to be in the greatest shape of his life because he understood that a proper pirate should look ripped and strong as a result of the harsh environment he lived in. We can only imagine how physically demanding could a lifestyle like that be in reality.

Zach McGowan had no more than 3 months to prepare for the role of Captain Charles Vane. And being an old school type, he decided to train without any use of technology (no smartphones and equipment), iron, nutritionist or fitness coaches.

However, approaching a specific workout, actually led him to deeply analyze the character he was about to represent. He immediately understood that pirates did not have gym-memberships back then and they were unaware of any bench presses, machine curls, etc.

It’s pretty obvious that pirates in the early 1700s could only be jacked because of their lifestyle which included lots of running, fighting, climbing, and maybe pushups, pull-ups as well.

Fortunately, Zach was doing bodyweight training since high-school and now at the age of 33-years-old, he had the experience to approach it right. So, he decided to train simple and use only calisthenics for the whole preparation period. He needed to look lean and fit, with solid muscle definition and strength from hell.

Zach trained in South Africa (Cape Town), where the series was filmed. He chose to train only outside and he made out of his training a religion, every day practicing it wholeheartedly.

The more complicated a training routine is, the more chances are to compromise your goals. Zach McGowan kept it simple, yet extremely hard. His physical conditioning is extremely high and to be able to run a half-marathon almost every day is something out of the ordinary on its own!

What you see above was his daily routine. He kept it high-volume and did workouts throughout the whole week, for 5 days straight and with 2 days of rest. And as you can see he nailed it only using:

Zach McGowan believes that as everyone is obviously different so should be the training regimen. That is why he kept fitness coaches out of his preparation.

He drank half a gallon of full-fat chocolate milk every day, slamming a tall glass at the completion of his run and another right before he went to bed. He kept his meals fairly clean, eating mostly vegetables, meat, fish and raw milk from farmers.

Nothing fancy and complicated. He didn’t even count his macros. He did it all based upon his experience and believe me when I say that training with a regimen like Zach makes you eat like horse. That is why I believe counting macros was not important at all.

No one could survive a training volume such as his without supplying their body with all the required nutrients: carbohydrates, proteins, fats, and micro-nutrients.

You Can Approach A Similar Workout

My training methods are quite similar to Zach’s and more so, I share the same philosophy about training in general. I do calisthenics, I was a professional swimmer and I run extremely long distance on the mountain trails. I know what types of workouts develop a physique as Zack has because I did myself.

It was last autumn when I started my solemn commitment to getting lean. I knew I had several months in front of me to achieve the summer physique. All this time, I pushed it to the very limits, and as summer approached, I struggled and accomplished even more . Throughout the journey, I learned that it takes a lot of time and work to get there so if you are willing to make a change for the next summer as well, this is the perfect moment to begin . You need a high level of discipline to stay on the path until June, but you can lose those 20 pounds, gain pure mass or get stronger as long as you remain dedicated every week from now on . It will not be about training only. Rest, nutrition, and lifestyle can influence more. It will test your mindset. Are you going to fail or not? . If you need my help, I am here! If you need my workouts, you can find them on my website ? link in BIO ? . #calisthenicsprogram #highvolumecalisthenics #leanmuscle #summerbodiesaremadeinwinter

The way our physique develops with calisthenics is not the same as with weight training and isolation work on machines. It teaches us to use our body in a coherent manner, unlike so-called isolation exercises which breed strength and muscle imbalances.

The compound and fundamental moves we do in calisthenics emphasize the muscles work together and that is why we developed nice proportions with no weak links between.

Of course that for lifting a barbell from the ground you must work upon that movement pattern over and over again hence you will become stronger at it than training with any other techniques, be it calisthenics. But for doing daily life activities it is more important to be lean and functional than to be able to lift a barbell and lack everything else.

I think that the most important thing is to be fit and shredded having the strength to support your weight against gravity. It is also important to develop the ability to lift and pushing a lot more than you actually weight and calisthenics it is the right sport to develop that ability. Other activities such as running and swimming require specific training and their role is important as well.

To conclude, I’ve built a great physique by doing mostly calisthenics as Zach McGowan did and after years of experience with different sports, I consider that bodyweight training has its own advantage that no other sport has. I invite you to explore my blog posts but you can also get my training program. Inside the eBook, I included dozens of workouts revolving around trail run, training on stairs, calisthenics, weighted calisthenics, and so on! Learn more about it by clicking the link below: 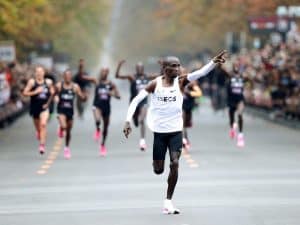 Eliud Kipchoge is the first man ever to run a marathon under the 2 hours barrier. It happened this October 2019, in Vienna. The Kenyan 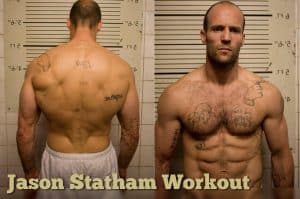 We all love movies and look up to actors who possess stunning physiques built naturally. One of my favorite actors who you can find in 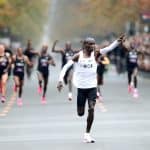